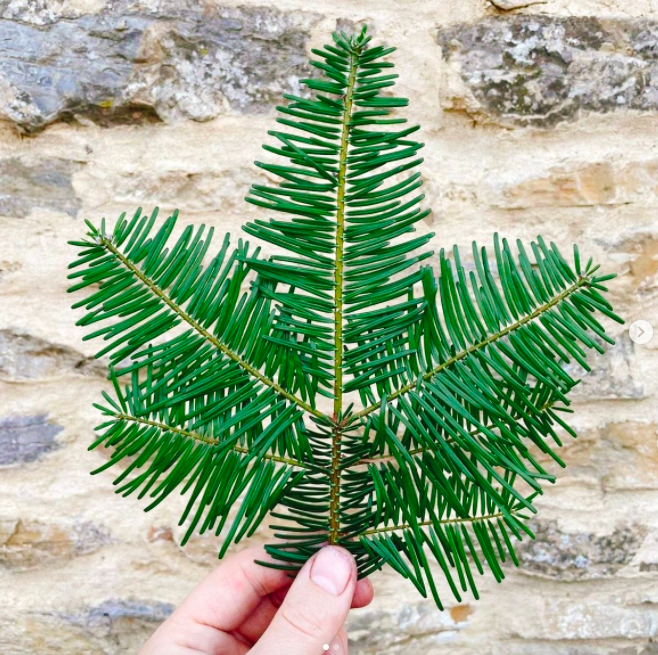 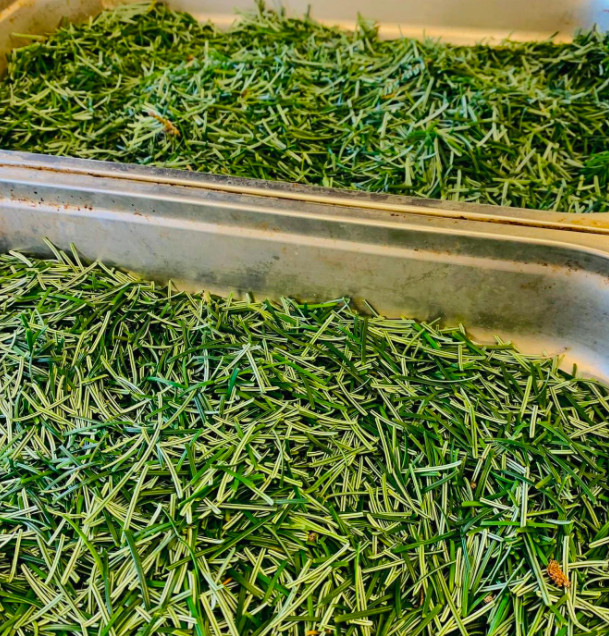 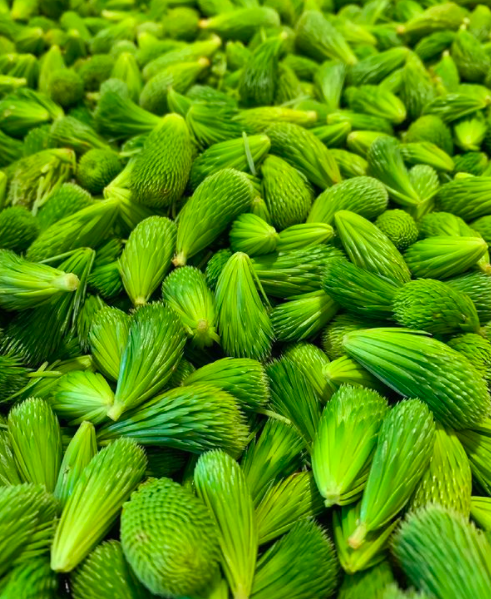 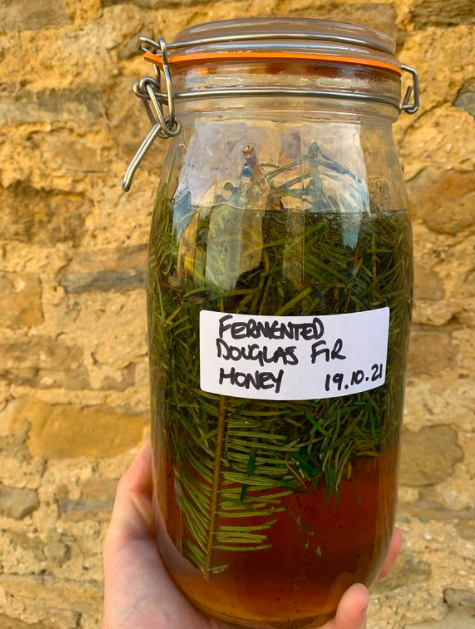 7 Things To Make With Foraged Fir and Spruce

Promise us when we say the flavour of fir and spruce is truly amazing. We use them in our cooking to replace citrusy flavours of lemons and oranges.

But what are you looking for?

The long, flat branches and needles of fir trees are easily recognisable. Look at the underside of the fir needle and you will see two distinctive white stripes running the length of the needle – this is a good way of seeing you have picked from a fir tree and not a poisonous yew tree.

In Oldstead we’re blessed with wonderful fir trees that we’ve christened ‘grapefruit fir.’ Honestly, when crushed these little needles as so fragrant, they remind us of a can of Lilt or Starburst.

The best part of fir is that it’s the same all year round – whether you pick it in the dark depths of winter, or the warm breezes of summer.

Spruce is a little less floral than fir – and we particularly love pairing it with fish. Spruce season for us tends to be May time.

Fir oil is a fantastic thing to make it. To make your own, combine 400ml grapeseed oil with 200g washed and dried fir needles in a Thermomix at 60ºC on speed six for six minutes. If you don’t have a blender with a heated element, heat oil up to 70ºC then blend for six minutes. Scrape mixture into a lidded container and refrigerate overnight to marinade. Finally, hang the pulp in a muslin cloth over a bowl until the oil stops dripping.

To make 400g fir salt, blend together 200g washed and dried pickled fir needles and 200g sea salt. Spread on a sheet of baking parchment and allow to dry out for half an hour. Blend again and pass through a coarse drum sieve to remove any stringy fibres. The salt will still be slightly damp.

Thoroughly bruise 100g washed and dried fir needles with a rolling pin and add to a large Kilner jar. Pour over 500ml good-quality white wine vinegar (we use Chardonnay vinegar). Add jar to a large pan of water and bring to the boil. Reduce to a simmer for two minutes before removing from heat and leaving to cool. Place in fridge overnight then strain vinegar through a muslin cloth and store in a clean vaccum-sealed bag.

Combine 120g washed and dried fir needles with 500ml vodka and blend until the needs are well broken up. Pour in remaining 1l of vodka and cover and leave to infuse overnight. The next day, strain vodka through a colander lined with damp muslin cloth and store in a plastic container. To keep the vodka a vibrant green colour, freeze it!

In a large jug blender, blend 75g washed and dried young spruce tips, gradually adding in 250g softened butter until the mixture is pale green and smooth. Stop blending before the butter is in danger of melting a spread thinly on a baking sheet. Transfer to the fridge to set. Once set, break the butter into pieces and return to the blender and blend again until the mixture is smooth and soft. We recommend rubbing the butter through a drum sieve to remove any remaining spruce fibres. Freeze to save.

Place 150g washed and dried pickled spruce tips into a warmed, sterilised Kilner jar. In a large saucepan combine 240ml water, 120ml cider vinegar and 20g sea salt and stir the liquid to dissolve the salt. Pour the mixture directly over the spruce tips in the jar. They will turn grey almost instantly. Seal the jar while still hot and keep in a cool, dark place. The tips can be used immediately, but the flavour becomes more complex, and the acidity less harsh if they are left for several months.

Warm 1kg clear honey in a large saucepan, until it’s easily stirrable. Stir in 250g young spruce tips. Remove from heat and transfer to a sterilised Kilner jar. Store in a cool, dark place for a couple of months, or up to a year. Warm the honey again before straining it to maximise the yield.

So what can you do with all of these things? Here are our favourite ideas:

© Copyright 2021 Made In Oldstead. All rights reserved.

This site uses cookies. By continuing to browse the site, you are agreeing to our use of cookies.

We may request cookies to be set on your device. We use cookies to let us know when you visit our websites, how you interact with us, to enrich your user experience, and to customize your relationship with our website.

Click on the different category headings to find out more. You can also change some of your preferences. Note that blocking some types of cookies may impact your experience on our websites and the services we are able to offer.

These cookies are strictly necessary to provide you with services available through our website and to use some of its features.

Because these cookies are strictly necessary to deliver the website, refuseing them will have impact how our site functions. You always can block or delete cookies by changing your browser settings and force blocking all cookies on this website. But this will always prompt you to accept/refuse cookies when revisiting our site.

We fully respect if you want to refuse cookies but to avoid asking you again and again kindly allow us to store a cookie for that. You are free to opt out any time or opt in for other cookies to get a better experience. If you refuse cookies we will remove all set cookies in our domain.

We provide you with a list of stored cookies on your computer in our domain so you can check what we stored. Due to security reasons we are not able to show or modify cookies from other domains. You can check these in your browser security settings.

We also use different external services like Google Webfonts, Google Maps, and external Video providers. Since these providers may collect personal data like your IP address we allow you to block them here. Please be aware that this might heavily reduce the functionality and appearance of our site. Changes will take effect once you reload the page.